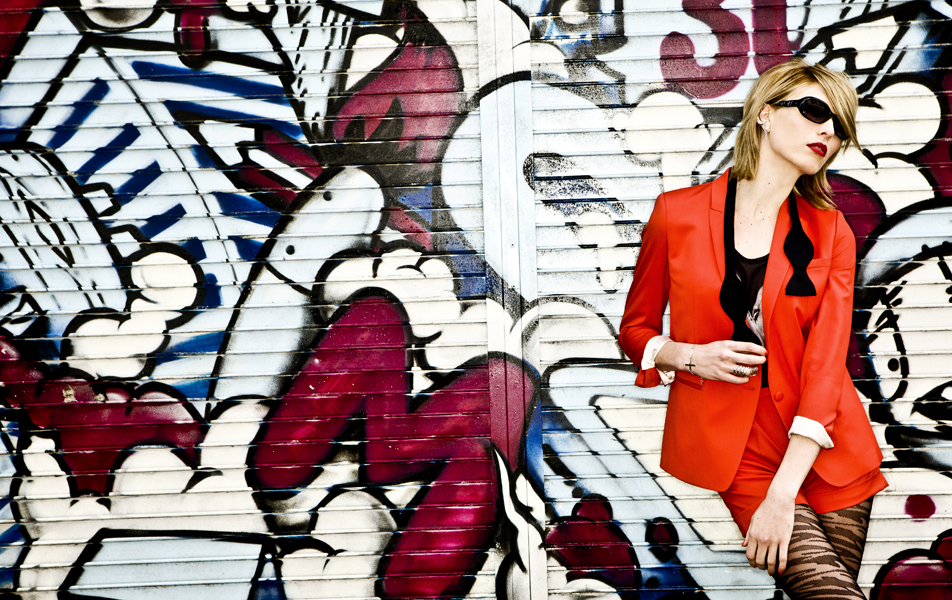 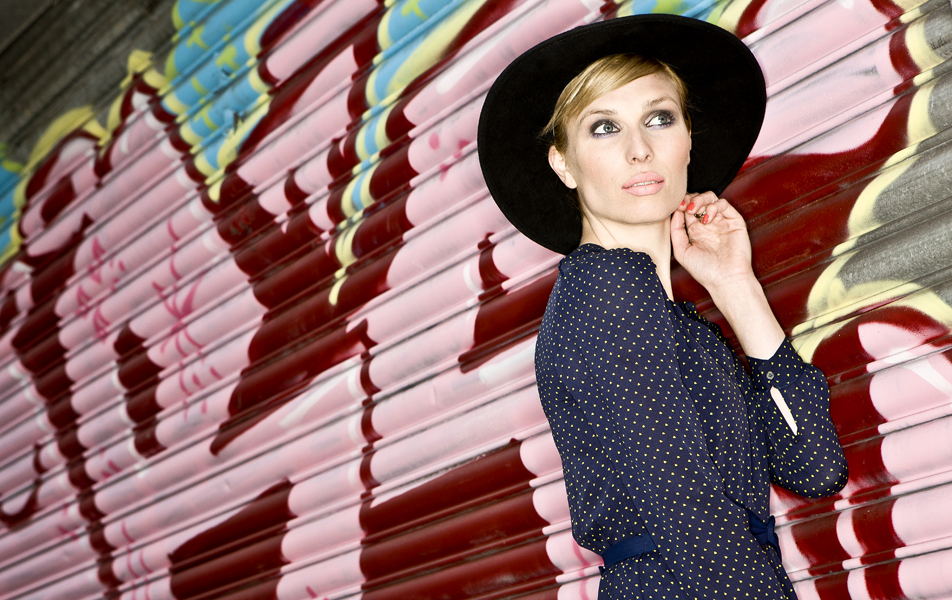 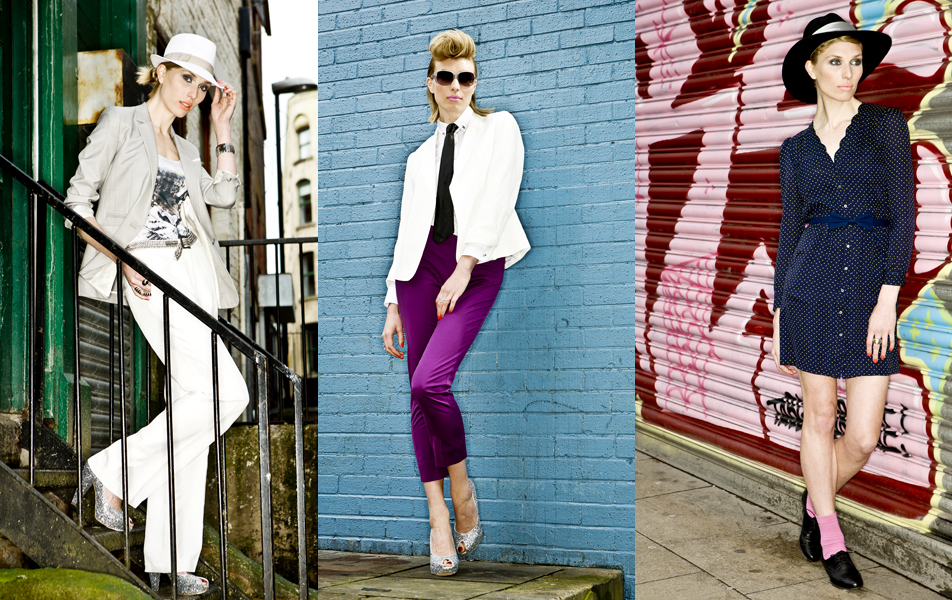 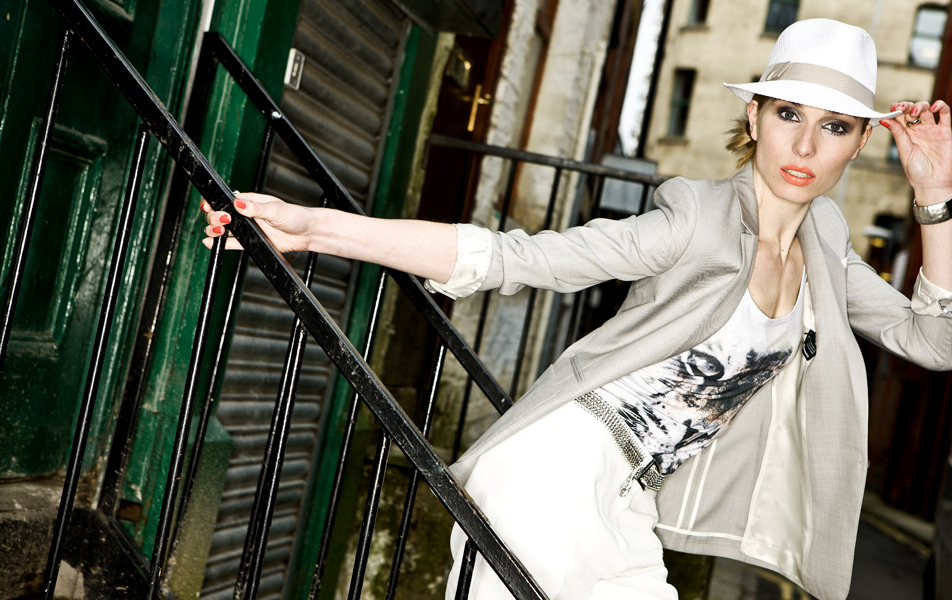 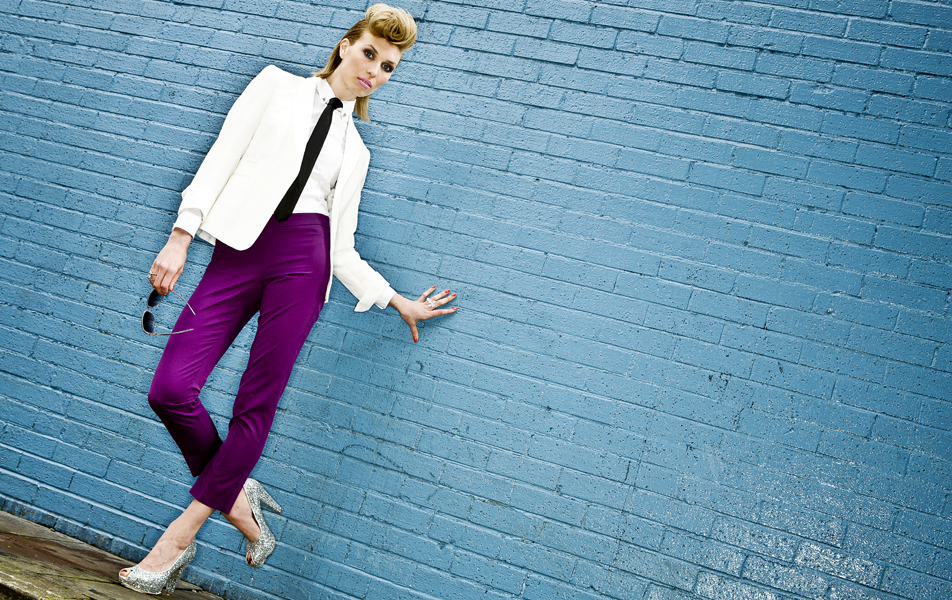 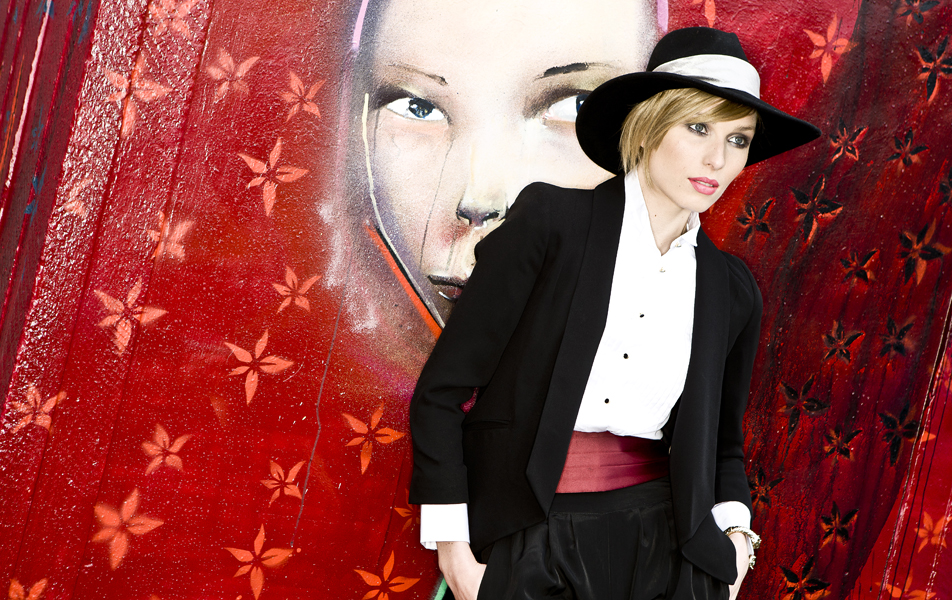 A fashion shoot in April .. Springtime .. The week before t’was a heat wave .. Perfect photography weather then .. What could go wrong? This is England after all, but …… SNOW!!..

Yes snow was forecast on the day of the shoot and sure enough on looking out at 7am on that morning .. SNOW!! Actually more of a blizzard.

So off I drove to hopefully a better type of ‘photography’ weather in Manchester to meet the team for the M.E.N fashion editorial spread made up of Kim Mellor the Model from Nemesis Manchester, Alison Chesterton Make up Artist also from Nemesis, and last but certainly no means least the fab clothes stylist Matthew.

We all met up and made base at Matthew’s apartment and despite a greying Manchester there was only a little drizzle and no sign of the snow I had left behind, so I could put up with that and as I had packed the broncolor Mobil pack to set up studio lighting outside all was on track with umbrella’s on standby.

With the makeup underway Matt and I had time for a quick recky for nearby locations as the day was set to be an in and out kind of day, set up set down, you know the type. The Northern Quarter had some great locations for fashion photography, with some fantastic graffiti and textured walls and even better a stones throw away from the base.

Makeup done and five outfits to shoot we were underway, and with all involved, despite a few weather hiccups, the shoot couldn’t have gone better. Kim was great to photograph and the make up and styling was excellent. We also had a bit, actually a lot of good fortune as the two shots that were done on graffiti backgrounds were painted over in the afternoon with black, so good timing by me then.

The shots were all done with the aid of a great fashion photography light and my personal favourite, the ‘ring flash’ to give that clean look (and also to make up for the dismal weather) but it suited the shoot and style I was looking for, pity it didn’t give off heat as Kim was a tad chilly towards the end of the day but the true professional she was you’d have never guessed.

Thanks again to a great team and hope to work with you all again, just make the weather a little better next time… Right??